Most leaders report resistance to change being the most inhibiting factor when implementing change. However, as the Greek Philosopher Heraclitus, said "change is the only constant in life" meaning we are in fact very receptive to change.

So, If change and resistance to change is not the problem, then what is?

Learn how identifying the most common inhibiting factors in your specific context can help you develop an effective strategy to address them and ensure successful change implementation.

While there are many influential Change Management theories, in reality, there is no formula to change and there is no ‘standard resistance’.

In fact, more often than not, resistance is the outcome of change failing rather than the cause of its failure.

I pride myself on being an inspirational speaker whose message motivates and encourages while being challenging. With a knack for rousing excitement and engaging my audience, I draw on my life experience, business acumen, and interpersonal skills to connect with my audience, enabling participants to internalise the intended message and ignite transformative change, both personally and professionally.

An accomplished leader, empowering coach, proficient trainer and passionate communicator, I bring a wealth of expertise, insight, and energy to my presentations. My powerful messages resonate with people all over the world, from entrepreneurs to corporate professionals, non-profits and women's groups. My formula for success is easily transferable across industries and fuels audiences with the inspiration to believe and achieve all possibilities. 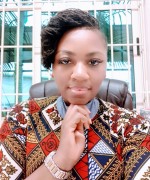 Other Talks on SpeakerNet by Martha Da Cosme