Details of talks given by Ken Robertshaw

Ken is a former Police Officer who has been involved in a wide variety of charity undertakings including driving large trucks to Romania in the 90's. He became a supporter of the Theodora Children's Charity, an organisation that provides entertainers to hospitals and hospices in the UK, and has undertaken expeditions to raise funds for them, these form the basis of his talks. He has also authored books on his expeditions and the profits from their sales are donated to the charity.

Bringing fun and laughter to children in hospital, and let's face it they are not fun places despite the marvellous work of the staff, the charity's 'Giggle Doctors' are a huge hit with patients, parents and, well, everyone anywhere near them!!

He has a wide experience of speaking to groups as diverse as schools, U3A, WI groups and many other social groups. A member of the Rotary Club of Halifax he has spoken at many Rotary events both in the UK and around the world. He provides all equipment needed for the presentations and is available for online events. 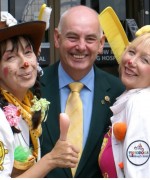 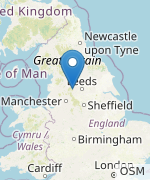 To contact Ken Robertshaw select a talk listed below.