This presentation is a 60-minute adaptation of the famous Christmas story, and will be delivered by none other than Charles Dickens.

Charles Dickens was born in 1812 and grew up in poverty. When he died in 1870, he was buried in Poets' Corner of Westminster Abbey.

Greedy, grasping Ebenezer Scrooge is visited on Christmas Eve by the ghost of his dead partner, Jacob Marley. Jacob regrets the error of his ways when he was alive, and seeks to rescue Scrooge from his fate. To do so, Marley arranges for Scrooge to be visited by 3 Spirits - The Ghost of Christmas Past, Present and Future.

The Spirits show him the joy of Christmas and the wretchedness of his own existence. Inspired and chastened by what he sees Scrooge resolves to change, and from then on he embraces and promotes the true spirit of Christmas. As Tiny Tim says, "God bless us, everyone"!

Dickens wrote A Christmas Carol in the autumn of 1843, a year which saw the publication of a government report which highlighted plight of child labour. Dickens was incensed by its findings then, during the year, on a visit to his sister in Manchester, he met charities supporting the working poor. Dickens was so angered by the government report that he had initially planned to raise the issue by writing a political pamphlet - drawing on his past experience as a political reporter. But then he changed his mind. He wrote to a friend, saying that he would instead publish something at Christmas which would have "20 times the force".

Dickens's strategy worked. Released six days before Christmas 1843, all 6,000 copies were sold by Christmas Eve. At that time of year there was a tradition of telling ghost stories. Communities would gather around the fire to welcome in Christmas, and Dickens wrote A Christmas Carol knowing it would be read aloud.

The presentation is suitable for all ages, including schools.

My work history is 29 years a police officer, followed by 4 years as a manager for Autoglass, then by 10 years as a prison officer and ending with 3 years as an Inclusion Manager in a secondary school. I am now a Town Crier, a wedding Toastmaster, run my own murder mystery business and have been a speaker for over 14 years. My website (www.medievalworld.org.uk) gives details of the talks and presentations I can offer. 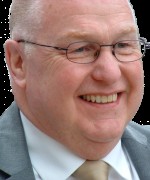 Other Talks on SpeakerNet by Mike Wabe