Take a railway tour around the county, with historical snippets along the way, using a 1920s timetable (and 1920's routes)

Robert Mee can present a number of illustrated talks for your group.

Although Robert has an academic background, his talks are firmly aimed at a non-academic audience. And many of his talks cover a much wider geographic area than his main interests suggest.

All presentations are fully illustrated. They normally last from 50 to 90 minutes, but can be adjusted to suit your needs. Robert is often available at short-notice, if, for example, a speaker cancels. (His record for "emergency" attendance was when he received a call one morning while in the local supermarket, and was giving the talk to a group in the afternoon!)

He will bring everything he needs, though if you do have a screen (or suitable wall) to project onto it will save trying to fit a screen into a rather small car!

During the pandemic, Robert switched to giving online talks, e.g. by Zoom, and this remains an option for those groups which prefer this approach (the group organisers will need to facilitate the web session though).

Fees are £60, plus expenses if over 40 miles (return from West Hallam) involved. Robert is prepared to travel anywhere to give his talks, though most of his presentations are in the East Midlands, where he is based.

Although Robert's talks are illustrated with photographs, diagrams, etc., he has given talks to blind or partially-sighted audiences, and is happy to consider adapting any of his talks to be given without slides - please contact him to discuss the options. 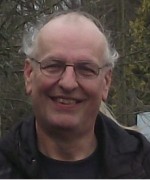 Other Talks on SpeakerNet by Robert Mee