Thomas Helwys, from an established Notts family, is one of the counties greatest men - yet also largely forgotten. Perhaps something of a rebel in his early years, he became a puritan radical and funded the escape of the 'Pilgrim generation' from England to the Netherlands in 1607-8.

At first working with John Smyth from Sturton le Steeple, he took the revolutionary decision to become a Baptist and risked his life by returning to England to start the Baptist denomination. He wrote a book of global significance, arguing that all religions should be free from government control, and for this was arrested and died in Newgate gaol.

However Helwys's ideas lived on to influence the UN Declaration of Human Rights, and his Church spread across the World. This talk tells his enthralling life story and explains why he is still so important today.

I am a Cambridge-educated historian with around 25 published books on a variety of historical topics which you can see on my Amazon author page at: https://www.amazon.co.uk/Adrian-Gray/e/B0034P9K2M/ref=sr_ntt_srch_lnk_1?qid=1529568674&sr=1-1

I specialise in the counties of Lincolnshire and Nottinghamshire, but I also speak on a number of national issues such as Victorian crime and social history, the history of religious freedom, and the history of education and government inspection (which is a lot more interesting than it sounds!). I am one of the leaders of local community efforts to develop Christian heritage for tourism in Notts and Lincs, leading up to 'Mayflower 400' but also including the many other ways in which people from the region have helped to change the world.

I provide a range of lively and fully-illustrated talks that can be tailored for local needs. You can email me for a full list of talks. I am a skilled presenter having worked as a teacher for many years and also as a tour guide in my home area. 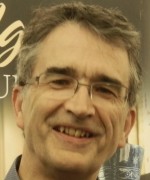 Other Talks on SpeakerNet by Adrian Gray