Details of talks given by Lady Teviot

My company is Census Searches Ltd , a professional genealogical research company which undertakes research into Family History, Intestacy and Media Research. It was featured in the very successful BBC television series Heir Hunters. I have undertaken lecture tours in Australia, Canada as well as New Zealand, South Africa and the U.S.A. I have also spoken to many organisations in the United Kingdom. I was President of the Federation of Family History Societies 2001 to 2011 and am now a Vice President. I am on the Council of the British Records Association and Chairman of the Friends of the Keep Archives.

ONE DAY I WILL; How an interest in finding my ancestors led me to a new career in research using different types of archives and documents.

KILL OR CURE: Medicine or illness in the 19th century. What were you most likely to die of or did you in spite of some of the remedies live to tell the tale.

I NEVER THOUGHT OF THAT; So often over the years people have told me they have reached a brick wall in their research and sometimes I have been able to make a suggestion or suggested a source which they had not thought of and it has supplied the answer to the problem.

HEIR HUNTERS: When people die intestate you have to research forward to find heirs who are entitled to a share of an estate. Some of the problems which can be encountered when the research has to be in countries other than the UK. What is involved in taking part in a television series.

If you go to my website Lady Teviot Census Searches you will all my additional talks. 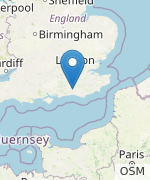 To contact Lady Teviot select a talk listed below.