Details of talks given by Peter Griffiths SpeakerNet Sponsor

I started flying with BOAC in 1967, on B707s, both as a Pilot and Navigator. I finished a few years ago, flying executive jets for the rich and infamous. I thus ran the full gamut from "steam driven" early jets, navigating by map, compass and sextant, to highly sophisticated, computer driven aircraft, accurate to within a couple of feet. The Captains I flew with initially had either been with Imperial Airways before the war or were pilots during. The stories you may have heard, of the likeness of Captains in those days to minor deities, has not been exaggerated. I left BOAC in 1975 and then spent 29 years with Cathay Pacific in Hong Kong, rising to Fleet Manager B747, managing 19 aircraft whilst also checking and training other pilots and carrying out test flight on our fleet. During that time I evacuated people from China, after Tiananmen Square and flew freighters during the first Gulf War. After Cathay, I flew executive jets and came to realise that the rich are indeed different I have a fund of informative, historical and amusing stories and am happy to take questions afterwards. 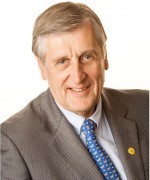 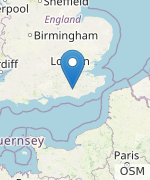 To contact Peter Griffiths select a talk listed below.