Details of talks given by Stephen Saunders

‘I started out with nothing, and I still have most of it left’, (Seasick Steve), and I would like to make myself available for a reasonable fee and travel expenses from Hindhead, Surrey, where I live. 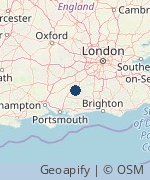 To contact Stephen Saunders select a talk listed below.