Details of talks given by Graham Feest

Graham is a UK based Road Safety Consultant. He is an experienced Road Safety Practitioner starting his career with Worthing Borough Council in 1974. In 1984 he moved to West Sussex County Council where he became Senior Road Safety Officer with specific responsibilities for Education Development. He was appointed County Road Safety Officer for Northamptonshire in 1989 a post, which he held until May 2001 joining the Institute of Advanced Motorists as Head of Road Safety until the end of 2003. He is qualified to teach at both Further and Adult Education Centres. He is Chairman of the UK National Road Safety Committee, Chairman of the Institute of Master Tutors of Driving and the Road Safety Advisor to the ADI National Joint Council. He is also a member of the Parliamentary Advisory Council for Transport Safety and serves on their Road User Behaviour Working Group. He speaks regularly at National and local conferences both at home and overseas as well as supporting the local groups of IAM RoadSmart, RoSPA Advanced Drivers and Riders and the local network of driver trainers. He is privileged to be featured in the ‘Public Speakers Corner’ listing of top presenters and speakers in the UK. In addition he organises and conducts conferences promoted by his own consultancy throughout the UK along with other events and activities. As part of his consultancy he also set up the UK Road Safety Network. Graham is an Honorary Life Member of the Association of Industrial Road Safety Officers (now Association for Road Risk Management) Honorary Member of the Institute of Large Goods Vehicle Driving Instructors, and a Fellow of the Institute of Master Tutors of Driving. He has been Vice Chairman of the Local Authority Road Safety Officers Association (now Road Safety GB), a past Secretary and founder member of the Association of National Driver Improvement Scheme Providers and a former member of the Prince Michael International Road Safety Awards Advisory Panel. He was a member of the Steering Committee set up to develop the Driving for Better Business Programme. Graham was Secretary of AIRSO (Association of Industrial Road Safety Officers) for 25 years initially alongside his other employment and for twelve years running the Association as part of his consultancy. He relinquished that appointment in March 2016. He was honoured by the Royal Society for the Prevention of Accidents in 2004 with an Award for Distinguished Service in recognition of his outstanding contribution to road safety. He has business interests in the Richworks Ltd, a single online source that offers a fast direct route into many aspects of construction and highways. He performs the role of Managing Director of 57 to 59 Wallace Avenue Worthing Ltd a property comprising 24 individually own flats. He spent over sixteen years as Youth Club Leader of Offington Park Methodist Church followed by time as Junior Church Superintendent. In addition he has been a Superintendent of St John Ambulance at both Cadet and Adult level. Graham is also President of the Pathfinder Cricket Club. 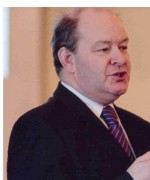 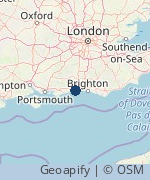 To contact Graham Feest select a talk listed below.