Details of talks given by Linda Jane Holmes

Having toured the UK extensively in Professional Theatre for over 35 years in both musical theatre and comedy productions, Linda combines her passion for Theatre and Victorian History in the creation of The Victorian Baroness Bolsover.

Performing many leading roles, some of Linda's favourites have been in Chicago, Follies, Gypsy and Blood Brothers as well as several Pantomimes from playing Principal Boy to Baddie and finally the Baroness.

TV work is also a feature of Linda's career with parts in Coronation St, Hollyoaks and Brookside, as well as writing and directing Youth Theatre productions, including Hooray for Hollywood at Derby Playhouse along with delivering many Drama Courses for both adults and young performers.

You can find out more about Linda and the Victorian Baroness by visiting the Baroness Bolsover website. 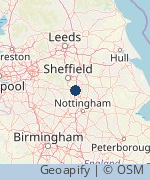 To contact Linda Jane Holmes select a talk listed below.