Details of talks given by Nick Gibbs

Nick Gibbs is a journalist who has worked as a magazine editor for nearly 30 years. He founded Freshwood Publishing in 2007, building the company from scratch to produce a series of successful specialist magazines. Then in 2014 he suffered a terrible cycling crash, hit by a car and sent cartwheeling through the air. He suffered a severe brain injury and was in a coma for 10 days. The magazines and company had to be closed, and since then Nick has been attempting to rebuild his life and career. Having faced numerous obstacles, he has at last launched a new magazine, which is already gaining an international following and has helped Nick discover a new meaning and purpose to life. 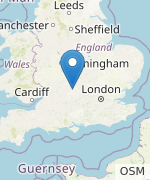 To contact Nick Gibbs select a talk listed below.