50 minutes of wry and only slightly risqué humour from the man who has entertained countless WIs, U3As, ladies’ luncheon clubs and Rotary dinners with his witty talks about his 30+ years as a showbiz reporter - ‘Oprah Winfrey Touched My Elbow’ and its sequel ‘Terry Wogan’s Hair Weave and Other Stories.’

Graham’s latest - also available via Zoom - is a comic miscellany of life lessons learned along the way amid the battle of the sexes and from those 'men are from Mars, women are from Venus' moments, all broadly inspired by the phenomenal success of the controversial ‘50 Shades’ novels and films. Funny, fast-paced and freshly-minted, Graham’s talk is proving just as big a hit as the previous two, performed around 300 times across the UK.

“A fascinating talk which went down a storm – perfectly targeted at our audience,” Nigel Cobbold, Heath U3A (Lincoln) “The best laugh we’ve had in a long time,” Sharon Rowland, North and South Wheatley WI, Notts

After grammar school in Lincoln and an English degree at Manchester University, Graham quickly realised retail management (with C&A) was not for him and he became a trainee teaboy/journalist with the Lincolnshire Standard Group, later moving on to be TV/Showbiz editor on the Northants Evening Telegraph. After seven years on the ET he took on a similar role on the Northern Echo and moved from there two years later to work in Fleet Street, supplying celebrity interviews and TV previews to 10 regional daily papers from the London offices of Westminster Press.

Two years after that he went freelance and went on to write about TV for both regional and national newspapers and magazines including The Daily Telegraph, The Guardian, the Daily Record (Scotland), the TV magazines of The Sun, The Mirror and the Express, plus TV Choice, TV Times, TV Quick and women's magazines Best and My Weekly.

Graham's urge to generate laughter started early. He compered revue shows at school and university, went on to host charity fund-raisers, entered talent shows and even auditioned as a stand-up comedian for Opportunity Knocks.

He used that talent to amuse to embark on a second career as a speaker in 2006 and has since entertained more than 300 audiences all over the UK with his three talks, including Rotary Charter Nights and regional Rotary conferences, ladies' luncheon clubs, corporate events, WI gatherings, U3As and Probus clubs. All talks now available via Zoom. Graham's Kealmedia website includes many glowing testimonials describing his talks here: http://www.kealmedia.uk/after-dinner-speaking-testimonials/ 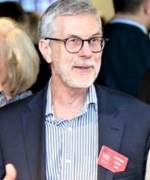 Other Talks on SpeakerNet by Graham Keal