The Wicked Wit of Winston Churchill: His Vices, Tastes & Virtues.

Drawing on the wealth of humorous stories, aphorisms and historic speeches made by the Man voted the People's Greatest Briton by a BBC pole in 2002, Stewart amuses, informs and entertains. With an interactive style dressed and speaking as the wartime prime Minister Stewart takes his audiences on a journey illustrated by an array of images including lesser known slides. Stewart has studied his hero Winston Churchill for decades, and gained valuable insights through his membership of the International Churchill society and the creation of a special chair complete with secret humidor drawer. Audience members have great fun taking selfies sitting in the £5,000 Limited Edition Churchill chair sporting cigar, homburg and Victory sign.

Stewart draws on decades of experience creating ‘luxury in wood’ to inform and entertain his innumerable audiences. A supreme storyteller Stewart excites and informs through humorous original anecdotes enhanced by an array of rich, fascinating props

Stewart’s passion shone through from his early days representing his Country in the World Apprentices ‘Skill Olympics’ competition in Madrid.
Graduating from High Wycombe College where he studied the craft, he went on to gain a degree in wood science and a distinction for his thesis on Traditional Chair-making.

As a sole trader he started a furniture-making workshop from scratch. Clients included: The Duke and Duchess of Devonshire, The Duke of Marlborough, National Trust, Harrods and noble families’ world-wide. A Liveryman of the Furniture Makers Company, Stewart was made a Freeman of the City of London and has recently gained a new degree: Certificate in Education

His speciality is creating chairs to commemorate great British worthies using timbers from HMS Victory to build his Admiral’s chair and timber from Blenheim Palace estate to celebrate his Hero Winston Churchill.

Awarded the Queen’s award for enterprise in 2003 he was presented to Her Majesty at Buckingham Palace and received a Royal visit to his workshops. 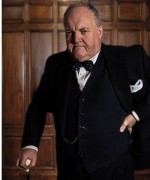 Other Talks on SpeakerNet by Stewart Linford