Details of talks given by Carl Jones

There is no job in the world that demands the high levels of stress, exposure and consistent pressure than those that work in the Emergency Services. The constant demand from people who have no one else to call, using the only phone number they know, even after everything else has failed and they need immediate and urgent help. Carl’s story is based on the emergency workers life style in the UK, but the story is repeated and replicated around the world. Emergency workers have one of the most important jobs in any community but with the highest sickness records with the least amount of support from their organisations and peers. The high demand and prolonged difficult challenges they face every single day mean that they are susceptible to mental conditions from witnessing serious trauma daily which impacts public organisations beyond cost. Post-Traumatic Stress Disorder is only one of the real hidden threats to all emergency workers. Carl’s talk describes how he fell into the PTSD trap, the self-ignorance of the condition, the realisation of the damage and then the long climb back out. Carl is an international Speaker, highlighting the warning signs and how best to resolve and support individuals. The solution is simple and his talk makes it easy to understand. The takeaways to enable, identify and challenge the stigma that most emergency workers would rather ignore. For organisations to realise the true implications of such a condition, with early identification of symptoms and simple support that can be administered can reduce sickness and create a happier workforce. Carl’s first book “The Caveman Principles” is a massive success, it deals with everyday stress, communication and change. His new and upcoming book “1554” will challenge and explore the true impact of PTSD in the world of emergency workers. 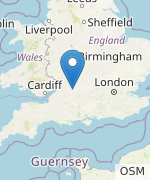 To contact Carl Jones select a talk listed below.