Details of talks given by Russell Parry FRSPH

Russell Parry moved to the village of Appley Bridge in the North West of England in the early 1990’s and discovered the fascinating story of the 1914 meteorite strike on the village. His book was published to coincide with the 100-year anniversary of the event in 2014, and Russell has subsequently presented his talk for many astronomical societies, groups, museums and events. The story of the Appley Bridge meteorite has also been featured on several TV and radio programs. In 2018 Russell also presented his talk on two transatlantic crossings on the liner Queen Mary 2 and at the Linder Theater in the American Museum of Natural History in New York.

Russell is a Fellow of the Royal Society of Public Health and founded his company Advanced Food Safety Limited in 1995. Russell and his company have won many awards including Best Trainer of the Year, Best Training Company of the Year, Entrepreneur of the Year and several export awards. Russell has also worked on several overseas food safety projects in Jordan, Macedonia and Latvia and worked on projects funded by UNIDO and USAID. Russell is also author of many food safety text books and has appeared on several TV and radio programmes as a food safety expert.

Current talks: Appley Bridge Meteorite – The Space Rock that Hit Lancashire An insight into Safe Food Production from the Space Race! Glorious Ice Cream - Its History, Facts and Figures. Food Fraud – Beef or Horse? Food Preservation – How your Food is Produced. How Safe is your Food?

Talks under development: Campo del Cielo – The Meteorite that Shook the World 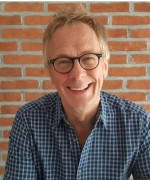 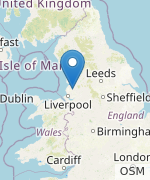 To contact Russell Parry FRSPH select a talk listed below.