Details of talks given by Roger Cheetham

Roger Cheetham overcame a life-threatening ordeal in 2013, which left him with a number of life-long disabilities. He has now turned that from a negative which happened to him, into a positive, for the thousands of people, around the World he has shared his inspiring story with.

Roger's story is usually shared with a theme of resilience running through it, though it also addresses many other important traits such as empathy and forgiveness. Roger's talk has been shared before primary school classrooms, secondary school "Aspiration Assemblies" and college "Crime and Justice Week" audiences. As well as being so well received in education, winning him a SACRE REward, Roger's talk has been a hit with many other organisations, internationally. He has spoken for networking events across the UK, Rotary Clubs, business events in London and Paris and even an all women's event, in Delhi, India. Here he shared his powerful story before over 2,000 women, from over 120 Countries!

During lockdown, Roger has continued to deliver his inspirational talk internationally, albeit from a virtual platform. Roger's personal experience of prolonged isolation, which he shares within his story, has made him very relevant during this lockdown period. 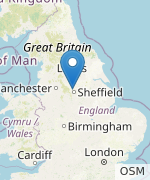 To contact Roger Cheetham select a talk listed below.