Living a long life is fine, but it is a lot finer if you keep mentally and physical active and alert and can enjoy a vibrant and useful life well into your older years. With a certain amount of effort, we can all improve our balance, our heatlh, increase our fitness and keep our minds and bodies younger than they really are. Of course, there are many illnesses that come out of the blue - often tragically. But many of the 'ageing' illnesses that people seem to expect to have can actually be avoided. My talk can be tailored to 45 minutes or longer. I love to interact with audiences and give practical hints and tips that can start individuals on the road to more positive ageing right away.

Christine Webber originally trained as a singer at the Guildhall School of Music and Drama but had to re-think her career plans when her professor commented: ‘Your voice is ok, but your legs are very much better!’ Musical theatre beckoned. There was some success. But not much. However, eventually, in 1978, she became a news presenter for Anglia TV. At last she had found something she enjoyed that other people thought she was good at. It was such a relief that she stayed for 12 very happy years. Next, she embarked on a freelance TV career but additionally became an agony aunt for various publications including TV Times, Best, BBC Parenting, The Scotsman and Woman. During her ‘problem page’ years, she also trained as a psychotherapist and started a small practice in Harley Street. Over the past thirty years, she has penned 12 non-fiction books but recently she’s abandoned fact for fiction and written three novels in which the vast majority of the characters are 50 and over. ‘This is such a rich and transitional period of life,' she says, 'and we all want to read stories about people of our own age. It’s natural. There used to be so little material for older individuals but I, as well as various other authors of a certain age, am trying to remedy that.’
Christine’s speaking career has spanned interviewing artists such as Sir Bryn Terfel at the Royal Opera House, proposing the motion at a debate at the Oxford Union, chairing medical conferences at The King’s Fund and other venues and a large number of talks for the WI and bookgroups and libraries.
Her passions are music, fitness and health. She is particularly fascinated by the challenge of ageing positively, being 75 herself, and writes a syndicated newspaper column on the subject and makes positive ageing videos which can be found on her website and You Tube channels. 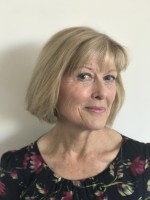