My songs have always told stories, some of which are of course autobiographical but many of which are inspired by myths and legends, and how they often hold resonance for us in the 21st century. In this talk I will sing some of my songs and talk about the story which was the starting point, and how the ideas developed.

If your group has a particular interest in a topic or theme (for example Greek myths, or Arthurian tales) please let me know and I'll try, if possible, to tailor my songs to your wishes.

Under my maiden name of Anne Lister, I am a songwriter, singer and storyteller, and I've performed in front of many different audiences, from small, intimate groups to main stages at festivals. My best known song, "Icarus", has been taken around the world by a number of professional folk performers, and it, like many of my songs, was inspired by myths and folk tales. I have recorded a number of albums of my songs, the most recent of which "Astrolabe", was released in December 2019. However, since retiring from the day job, I have completed a PhD focussed on a medieval tale of King Arthur's court which was written for a king of Aragon in Occitan, and my approach was to treat it as a piece of oral storytelling. In the research I undertook I uncovered some fascinating historical stories, connecting this tale (The Tale of Jaufre) to Alienor of Aquitaine and Henry II of England, and to other European sources. I have written an English adaptation of the story and have recorded this as a podcast, and I'm also engaged in writing a novel based on the historical facts surrounding "Jaufre". My website is at www.annelister.com 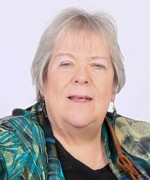 Other Talks on SpeakerNet by Dr Anne Purbrick