The end of WW2 came with a confusing number of different surrenders. This presentation starts by looking at the ‘sports-jacket surrender’ at Caserta and visits the site of Montgomery’s caravan on the Lueneburg Heath, the well-known Rheims location and the final confirmation ceremony in Berlin. We finish with a visit to Bear Island in September 1945.

For many years Malcolm worked for the MoD schools (teacher, headteacher, advisory) and was fortunate to live and work in several interesting parts of the world. Most of his talks are inspired by his time in Cyprus and Germany. In 1974, as a young teacher in Cyprus, he experienced the military coup and subsequent Turkish invasion and, when living in Germany, saw the events of November 1989 as the Berlin Wall came down. He currently lives near York but between March and July he is enjoying himself in Cyprus and unavailable to give presentations.

Malcolm is happy to travel to most areas of the country but within a 100 mile radius of York seems like a sensible idea. However, if you are desperate for one of his presentations he can always make an exception!

Malcolm's presentations use his own laptop and data projector......however a screen needs to be provided.

"What can I say? We always give our speakers a mark out of ten but yours was the first to score 11!!! It really was excellent. You got all three aspects so right. Your research was impeccable; the visual presentation the best we have seen but most of all, you were able to put it over so well. So thank you, very well done indeed.".......R. S. - Collingham Retired Mens Forum.

"I thoroughly enjoyed your last talk to the Forum on “The RAF at 100 Years“ ; I have also received a large number of complementary comments from members."......R. L. - Harrogate Mens Forum.

“You did a talk for our club last October on the topic of York’s Baedeker Raid and the feedback I had from the members was very positive and suggesting I invite you to return.”……D.C – Derwent Probus Club.

“Once again on behalf of myself and this morning's audience, I would like to thank you for such a wonderful presentation; I know everyone present was really captivated by your talk.” ……K.M – Ryedale U3A.

The fee for each presentation is £40 plus modest travel expenses (20p per mile).

Presentations last approximately 50mins (+/-5) but can be modified as required.

People wishing to know more about his interests should look at one of the following websites. 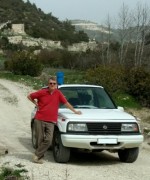 Other Talks on SpeakerNet by Malcolm Brooke