Alberta Vickridge (Bradford) was the daughter of a well-to-do Irish wool importer who became an established poet, editor and publisher through the Great War and into WW2.

She moved in the upper/middle-class circles of her day, and her publishing brought her into contact with many artists, writers and actors, some of them, like JB Priestley and Agatha Christie, very well-known ones.

This presentation will cover Alberta's life, taking in her time as a VAD nurse, her beating Wilfred Own to a top poetry prize, her 'Jongleur' magazine, her friendships and being the only Yorkshire female poet to have won a Bardic Crown and Chair, and of course, her poetry.

Irene will present in character as 'Alberta', and the presentation lasts an hour.

Author, playwright, tutor, storyteller, creative facilitator, actor. Her short stories ‘If That Happens’ and ‘Pomegranate Seeds’ were broadcast on BBC Radio Leeds in 2020. Work appears in The Understory’, ‘Transforming Being’, Armistice 100 Days’, ‘Stories from Stone’, ‘Tyto Alba’, ‘All This’ amongst others. Her children’s collections include ‘Strange Tales in the Dales’, Strange Tales in Bradford Dale, and she’s the editor of ‘Stories from Stone’ anthology, all of which can be found on Amazon.

Irene’s a writer-in-residence with First Story; commissioned by Historic England, The Piece Hall, Freedom Studios and Saltaire Festival creating accessible story videos/resources, and editor of several anthologies. Irene’s taken a one-woman show to Edinburgh (4*), appeared in films, on TV and radio; her one-woman show ‘Words, Women & War: Forgotten Female Voices of the Great War’ has been touring for four years.

Irene’s the author of over thirty plays, a writer/editor on 26 Characters projects and Artistic Director of collaborative collective Fresh Aire Productions; ‘Torrent’, FAP’s hard-hitting verbatim domestic violence audio drama was broadcast on Chapelfm in July 2020. Irene and is currently commissioned to create/edit a poetry/prose anthology for Saltaire Festival 2020.

She co-founded and was writer/editor of an educational publishing company which won several marketing awards and the local/national ‘Age Positive’ award from the Dept of Work & Pensions and a commissioned writer for City & Guilds, Edexcel, Carers UK, Pavilion Publishing amongst others.

She delivers talks and walks, facilitates writing workshops, site-specific performances, and is open for writing commissions, editing, research and all things wordy. 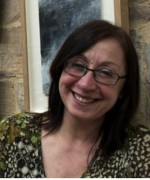 Other Talks on SpeakerNet by Irene Lofthouse