Details of talks given by Jane Mary Ann Martin

Born in Kent, I grew up in a family passionately involved in the community, local clubs and societies and in local politics. As early as my mid to late teens, I too began my journey networking at events, leading and speaking. I studied my passion- Catering, and became a Catering Manager, working for many small and large enterprises in the UK and Europe. In 1990, just before the fall of the Berlin Wall, I went to live in Germany. There I fell in love, worked for many high profile businesses at a senior level such as Hard Rock Cafe and Warner Brothers and established and ran an English Language School and a Hospitality Consulting business. In 2012, I decided to return to the UK, and began again the task of building business contacts and creating a new life close to my family that I had missed so much. In May 2013 I was elected as a local Borough Councillor and in December 2013 applied to become an MP. My time as a local Councillor, has seen me appointed to the Cabinet and to achieve many good successes. Since then, my business skills have been expanded into business development, creating and writing an e-book on hospitality and to introducing the best bits of my life abroad into the UK. 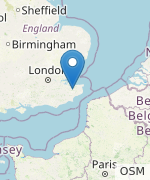