Details of talks given by Sally Dearman-Cummings

Sally spent much of the first half of her life to date jumping out of aeroplanes and flying them, privately and for the RAF, and much of the second half raising her children. Once she found they were more mature than her she relaxed somewhat and began talking about her experiences.

In 1984 Sally flew herself to Royal Air Force Cranwell for her Initial Officer Training as an already established parachutist and private pilot. After six years' service as a fighter controller she transferred to the pilot branch where she became the first woman through the RAF's fast-jet flying training system before re-training as a rotary pilot (Search and Rescue). Sally left the Royal Air Force after the birth of her first child in 1995. After the birth of her second child in 1996 Sally joined the Met. Office, forecasting and presenting the weather for the BBC. Following the arrival of her third child in 2006 Sally moved into her present roles as stress counsellor, relationship and self-development coach and public speaker.

Sally has developed three talks that require no electronic support: 'Women Can Fly (Seven Miles a Minute)'; 'From Fast-Jet to Wobbly-Head'; and 'The Householder Path to Enlightenment'. They are each independent but best served in chronological order.

Endorsements: October 2019 'Sally is both an inspirational and motivating speaker, her style entertains and captures her audience in a way many ‘achievers’ fail to do; however, achieve she clearly has and broken through the proverbial ‘glass ceiling’. Sally does not dwell on ‘how good I am’ but is brutally honest about the successes and difficulties she has faced and how these have shaped the decisions she has made on her life journey – her story is of logic and human emotion in equal measures which is relevant to all of us! I look forward to hearing from her again.' Mick Gill, Chairman, Light Aircraft Association, Suffolk Coastal Strut

October 2019 'Sally and her talk were very well received by our members, in fact to the point that I've never had so many requests to ask a guest speaker to return.' Martyn Steggalls, Events Organiser, LAA, Suffolk Coastal Strut

29 Aug 2019 'You were such a hit with U3A (and I know we have booked you again), that I persuaded [the] Flower Club they should have you as you really are inspirational.' Programme Secretary, Beccles U3A

3 May 2019 'Hi Sally, Just wanted to say a huge thank you for such an entertaining talk yesterday. Both highly amusing and informative, everyone was buzzing after you left, we all felt energized! Your reputation is going before you; now ______ have asked for your contact details which I have duly passed on.' Carole Sheridan, Wisbech Centre WI

18 April 2019 '...you were so brilliant when you spoke to the ladies of the Wimblington WI, I was mesmerised!' A member of Wimblington WI 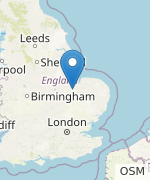 To contact Sally Dearman-Cummings select a talk listed below.