Details of talks given by Helen Dale

Helen is a counsellor specialising in Gender Identity issues and a counselling supervisor; founded and was chair of Inner Enigma, a charity, based in Manchester, supporting individuals considering or undertaking gender reassignment and helped found a:gender a pan civil service group for transsexual/ transgender/ intersexed individuals.

She was the first openly transsexual employee within the Probation Service nationally when she joined Greater Manchester Probation in 1999. She acted as lead on trans issues in Probation and has served on various NPS/ NOMS Strategic Diversity boards.

She won a Butler Trust Award in 2009 for work on transgendered issues within NOMS; this was presented by Princess Anne at Buckingham Palace. In 2015 she was awarded Honorary Life Membership of a:gender in recognition of her work. She also won the Communications Award at the first National Probation Service Diversity Awards.

Since retiring, she has become a “Diversity Role Model” with a charity that goes into schools to talk to pupils about homophobic, transphobic and biphobic bullying. She also presents a range of workshops and talks on trans issues and experiences adapted to suit specific audiences. Workshops for commercial/ public sector organisations are chargeable and are available nationally. Those for charities or voluntary organisations and social groups are provided for expenses only within the Northwest.

Helen is also an author and has published four books on Amazon:

The books are on sale at talks/ workshops and she is currently working on a second novel. 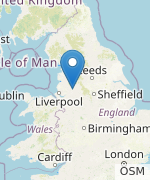 To contact Helen Dale select a talk listed below.