Details of talks given by David McCaddon

David McCaddon is an award winning playwright and author of modern Crime thriller novels. Before retiring in 2017 to concentrate on his crime writing David was an IT systems consultant who had worked in computing for over 47 years and spent the past 35 years specialising in Law Enforcement Systems Development across Police, Prisons and Courts. His work has involved him designing and developing systems throughout a large number of the UK’s Police forces and worldwide. He now devotes most of his time as a cruise guest speaker and on land at various organisations. His Crime Trilogy books “Following Digital Footprints”, “In Digital Pursuit” and "The Final Footprint" which are actually set in the North West have been published and are detective thrillers with a difference. His latest crime thriller "A Question of Time" was published on the 31st March 2021. Areas covered : Cheshire and Staffordshire 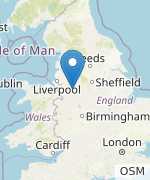 To contact David McCaddon select a talk listed below.