Details of talks given by Jonathan Jones SpeakerNet Sponsor

I took early retirement in 2010, having previously spent a career in IT, Quality Assurance and Process Improvement, latterly with Vodafone UK at their headquarters in Newbury, Berkshire. I have subsequently taken up a second career as a public speaker/performer, and have now delivered over 1,000 talks/performances.

My talks are predominantly based on literary figures and topics.

I am willing to give talks/performances to groups in Surrey, Hampshire, West Sussex and South Berkshire. 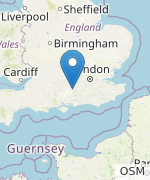 To contact Jonathan Jones select a talk listed below.