Details of talks given by Steve King SpeakerNet Sponsor

"He scored a phenomenal 9 out of 10, so he appeared to go down very well with the guests!” P & O Cruises - Britannia

"I’ve received so many compliments about the afternoon, especially regarding the speaker!!" Anna Roberts - Grantham Probus

See show reel on YouTube by pasting this link into a web browser: https://youtu.be/IIJLHNg2-J8

Steve King is a music and media specialist with over 40 years experience. His series of talks on popular music from the last 60 years have been very well received by audiences around the world.

He is a Music Historian, Broadcaster, Programmer and Events Director who has managed some of the biggest radio brands in the UK and worked with many well known popular music artists. He is also an engaging public speaker and has produced a series of highly entertaining lecture based on his extensive knowledge of popular music and his experiences in the radio business.

During his career, Steve has operated at the highest level in the commercial radio industry. He has created market leading radio brands and his work has been recognised by the industry on many occasions. His love of popular music and his work as a radio presenter and Event Director has enabled him to meet and work with many well known artists including Olly Murs, Robbie Williams, U2, Ed Sheeran and Rita Ora. He has directed over 50 multi-artist events at venues including the Royal Albert Hall, London Palladium and Wembley Arena.

Steve has lectured at various media conferences and industry events during his career and he regularly features as part of Cunard Insights lecture programme. He has also lectured for P & O Fred Olsen, Saga and Marella cruise lines. He currently runs his own media consultancy.

“Stephen was a great hit with the guests, he really knows his subject and makes it very interesting.” Fred Olsen Cruises - Black Watch

"The ladies really enjoyed your presentation, thank you so much for being our speaker" Charmaine Fenton - Dolly Mixtures Ladies Group York 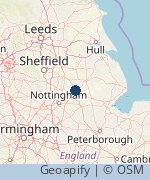 To contact Steve King select a talk listed below.